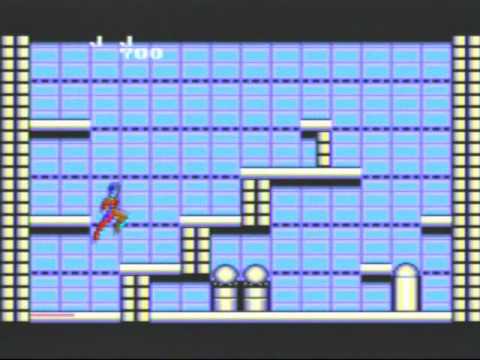 Zillion is a video game based loosely off of an anime of the same name (or it’s full name, which is Red Photon Zillion, 赤い光弾ジリオン) and was produced by Tatsunoko Production and Sega. It’s an action puzzler of sorts that is sometimes linked to Metroid, although they are quite a bit different. A cult classic of sorts, your goal is to get five floppy discs and blow up a base using special keywords while looking for your friends, Champ and Apple. You need lots of ID cards to progress and a quick trigger finger. As you progress, you’ll level-up and get to use other characters, who have minor differences in ability. There are also cameo appearances of Opa-Opa as a icon graphic and on the Game Over screen. Enjoy.